Growing up in a military family, Evan moved multiple times as his parents transitioned to new duty assignments, and throughout his childhood, his athletic pursuits ensured consistency. Evan’s achievements have been profiled multiple times in national media, beginning at age 11, and in 2015 was the subject of a documentary on elite performance titled “Strings to Iron” that premiered at the AMFM Film Festival in Flagstaff, Arizona.

Evan began lifting weights to augment his taekwondo at age 10, and broke a world record in his first powerlifting meet several months later.  His increased strength through powerlifting helped him win 10 state titles in taekwondo Olympic sparring in the Southeast and Midwest between the ages of 10 and 13, and helped him medal nationally at the Junior Olympics and Taekwondo nationals five times in that period.

Having earned black belt in taekwondo, Evan decided to set aside the martial arts in eighth grade to pursue springboard diving as a high school sport. Although diving was his least successful sports pursuit, he still earned all-state status three times in high school, was an Arizona Small Schools state champion, and earned AAU All-American status by placing at nationals on both 1-meter and 3-meter boards in 2017.

Training in powerlifting and strongman throughout high school, Evan continued to win national, world and Junior Olympic titles in powerlifting, strongman and the Allsports Combine.  As a senior, he became the youngest powerlifter in history (18) to break more than 100 lifetime world powerlifting records during his senior year of high school. With 111 total age-group world powerlifting records, and hundred of national and state records, he is also the only powerlifter in history to break national or world records in nine different weight classes (77, 88, 97, 105, 114, 123, 132, 148, & 165 lbs.).  He won multiple division titles at 13 national and eight world powerlifting championships, and was undefeated in Junior Olympic Games Powerlifting from 2009 – 2017.  He also won the AAU strongman world title twice, where he was named the top junior athlete at worlds.  He was also unbeaten in the Junior Olympic Games national combine, winning his age group four times.  During high school, Evan was named Strength Sports National Athlete of the Year three times, and received the AAU’s prestigious Joel Ferrell Award for sportsmanship.  His exploits have been detailed been in both Sports Illustrated and Sports Illustrated for Kids, and in other media reporting. 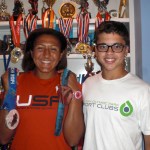 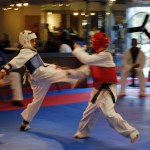 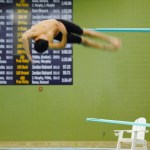 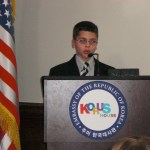 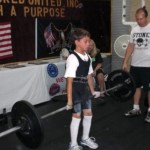 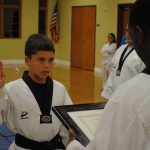 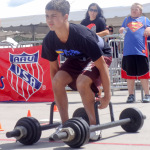 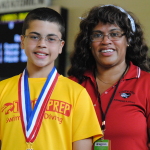 With Mom at the Junior Olympic Games in Houston. 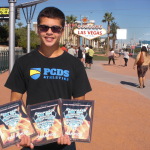 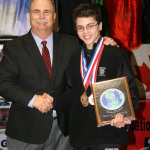 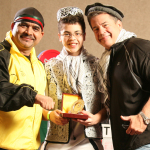 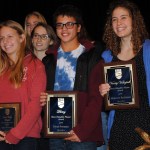 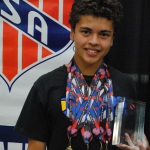 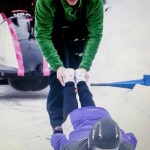 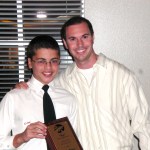 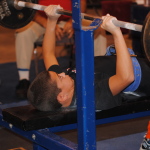